This workshop can be done in a non-computer room.

Students will investigate the technical specifications of the machines and see how that influences what they are capable of.

Students can learn plenty of Computer Science from retro games consoles & microcomputers. The 8 bit era in particular lends itself well to understanding how simple computers work at a hardware level. 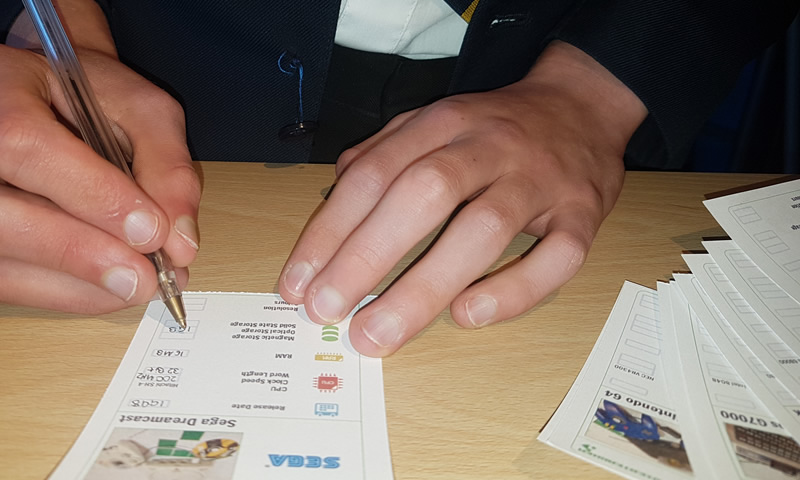 CPU speeds & storage media have evolved over the years so students can see the implications of increasing processor speed, extra memory and different storage media.

When looking at the machines in more detail, the simplicity of the 8-bit consoles makes learning about concepts like the ‘Fetch Execute Cycle’ nice and simple. They will also get to build & run a simple 8-bit computer and then see the binary instructions fetched & executed.