There are some exciting reveals expected at the BETT Show this year. Acer will reveal its Chromebook spin 11 while Microsoft tries to rival Chromebook with new school budget laptops. For the school with ageing hardware Google are set to reveal their Cloud Ready product to bring new life to old machines. I’ll be posting live updates throughout the day for all things Computer Science related. Doors open at 10:00am for visitors. 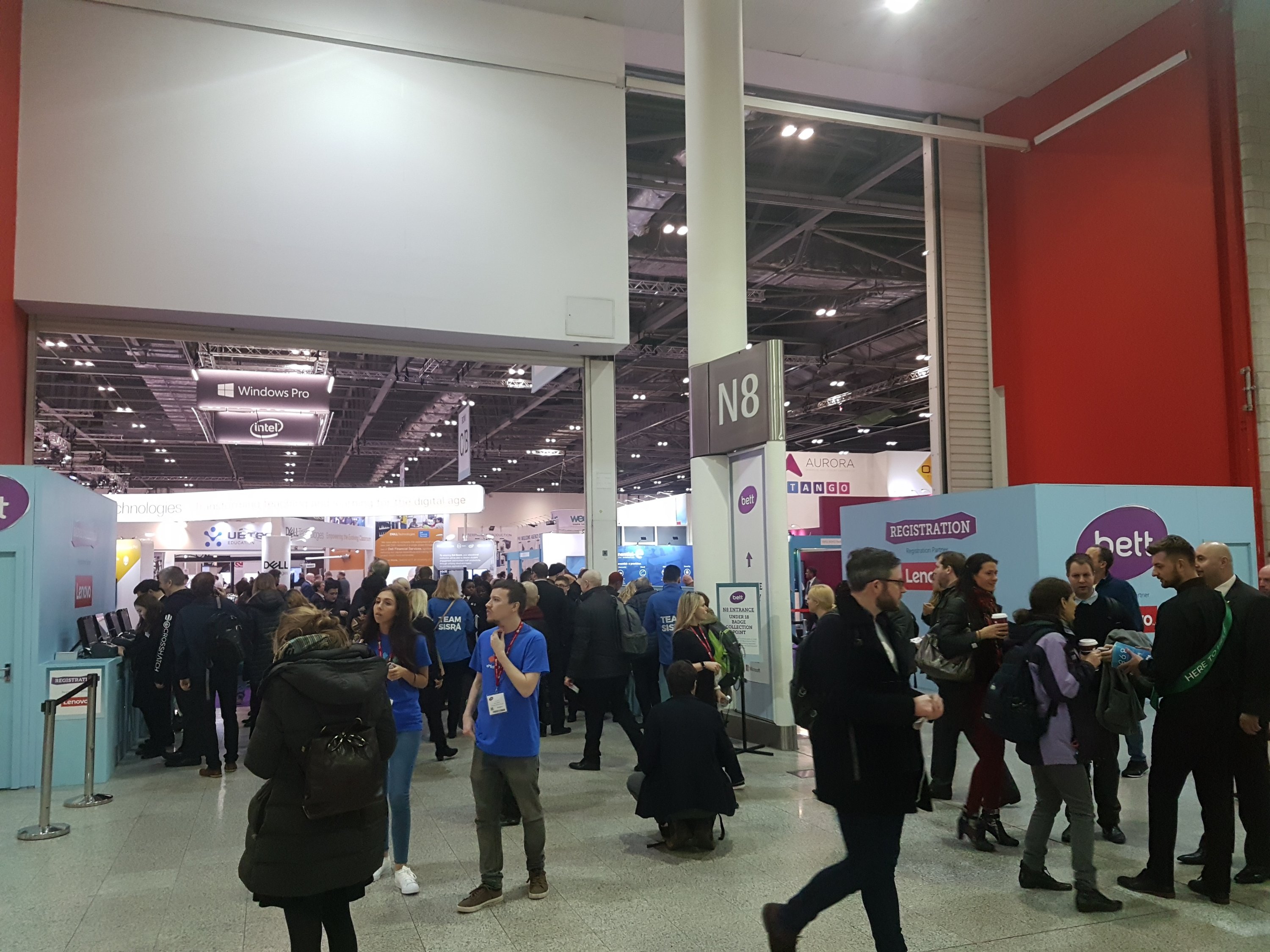 The first thing that stands out this year is the huge number of companies selling ‘robot kits’. Products on offer ranged from established build anything sets from the well know Fischer Techik and Lego to some new appearances from nearly 20 companies from across the globe. Here is a selection of photos showing what was on offer.

Of what was on offer, probably one of the biggest stands was for Sphero. The company has 2 very popular models (Sphero and Ollie). Both of which are wirelessly controlled from an app on your phone or tablet. 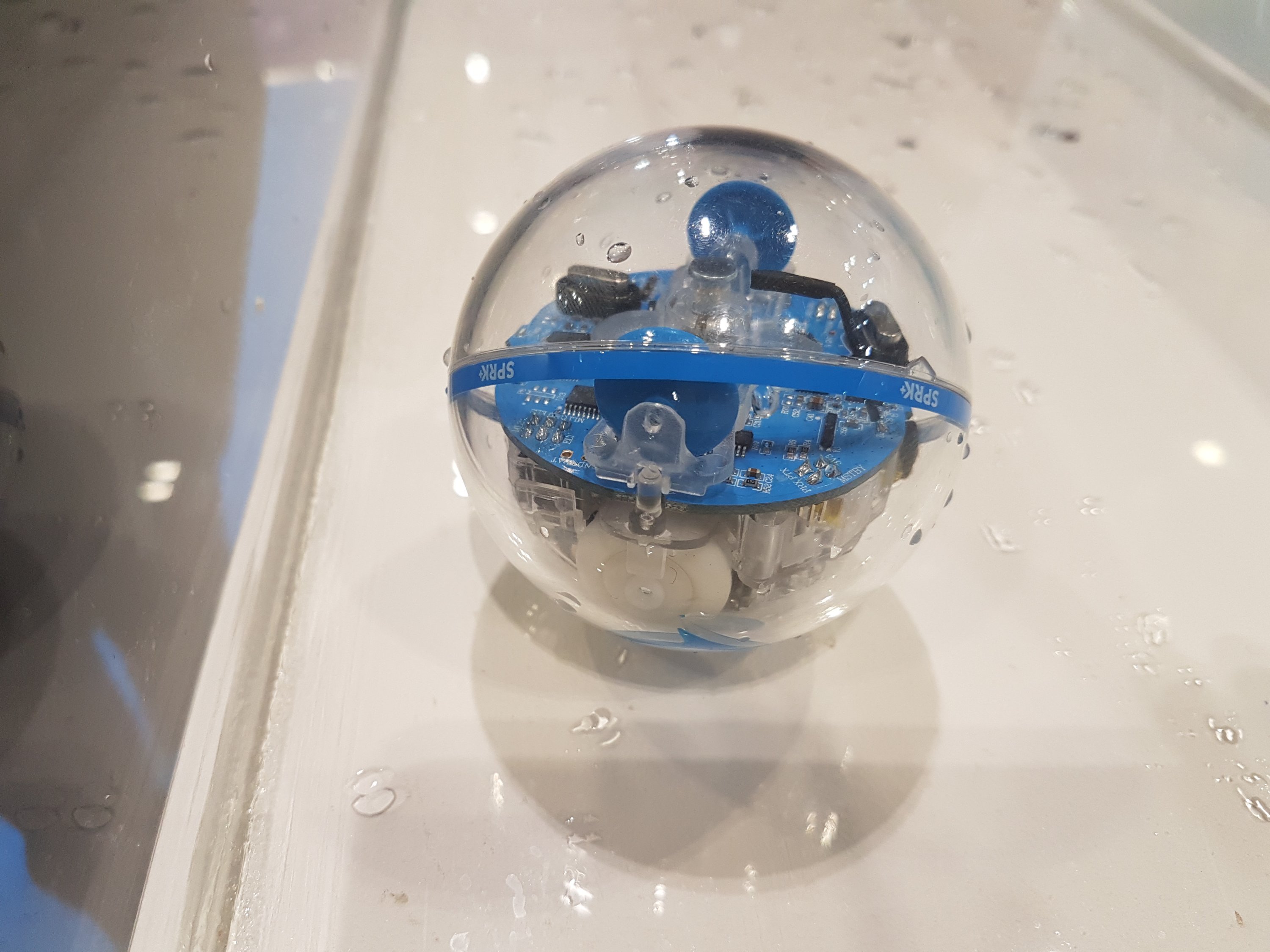 Sphero, as the name suggests is a cricket ball sized rolling robot with coloured lights. It charges wirelessly and they even do a Star Wars version that looks and behaves just like BB8 from the new movies. 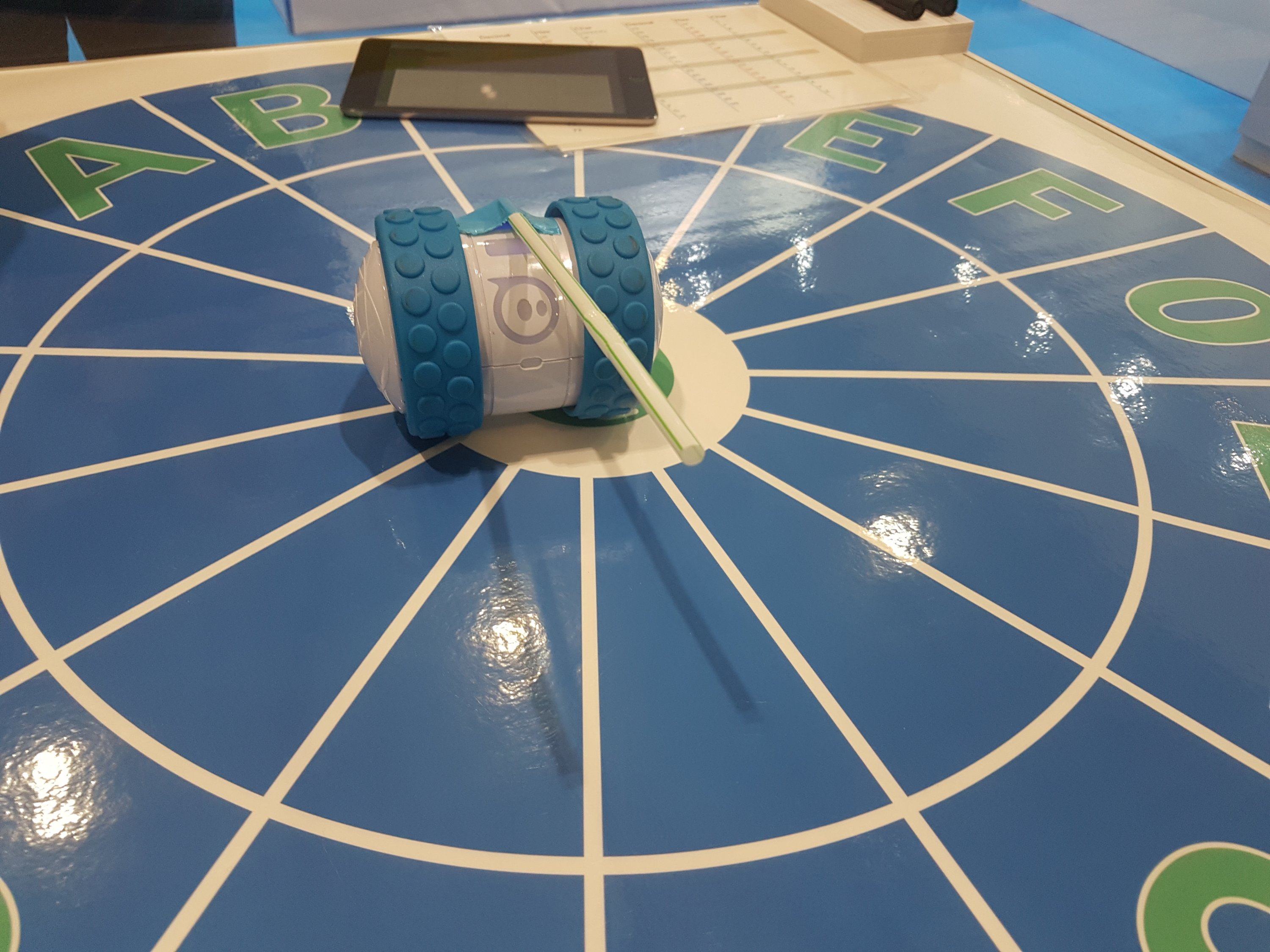 Ollie is a faster cylindrical model. They are both programmable from the app.

These huge companies had the huge stands that you would expect. Both companies seem keen to dominate education. They both pitched their office suites, collaborative platforms, slim computers and their links to STEAM projects. (Science Technology Engineering Arts and Maths)

They also gave a lecture on the future of digital learning outlining their vision that personalised leading will come from AI, mixed reality, collaboration tech, quantum computing, dealing with student data.

Google did some nice demonstrations of G Suite, Google Classroom and Chromebooks but there was also:

Class VR, Microsoft Mixed reality, Daydream were all on show.

Pi-top had some good demonstrations of their “Raspberry Pi in a laptop case” offering. They have developed the product from just a simple Pi based laptop to an educational platform that includes programming tutorials & now an electronics module. Attendees got the chance to see how you can control LEDs and beepers from a Python program. 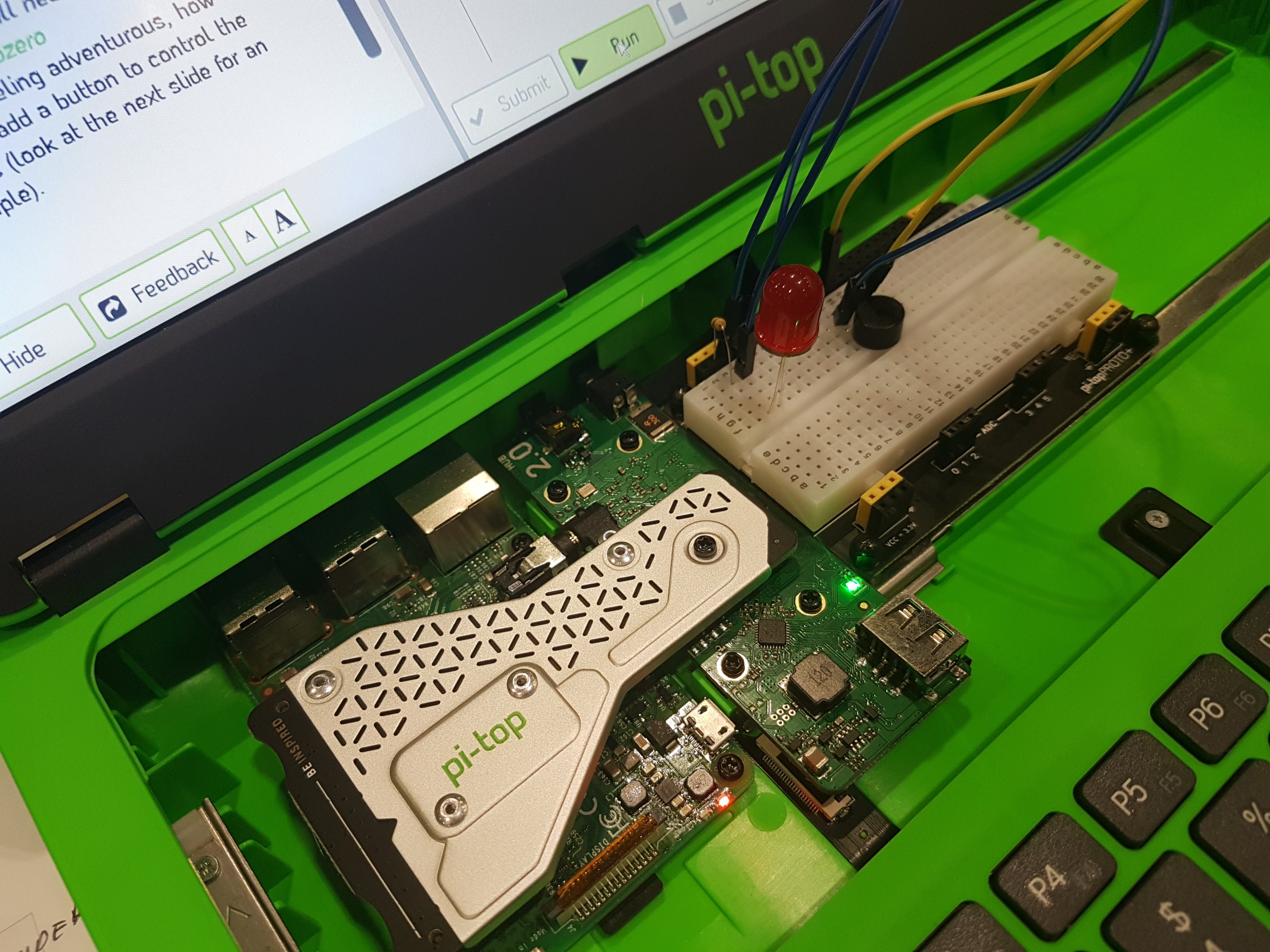 The leading Computer Science textbook publishers were back, showing their updated textbooks and the excellent PG Online content. I was glad to see that the heavy A’Level book was now also available in 2 smaller sized halves for year 12 + 13 seperately . 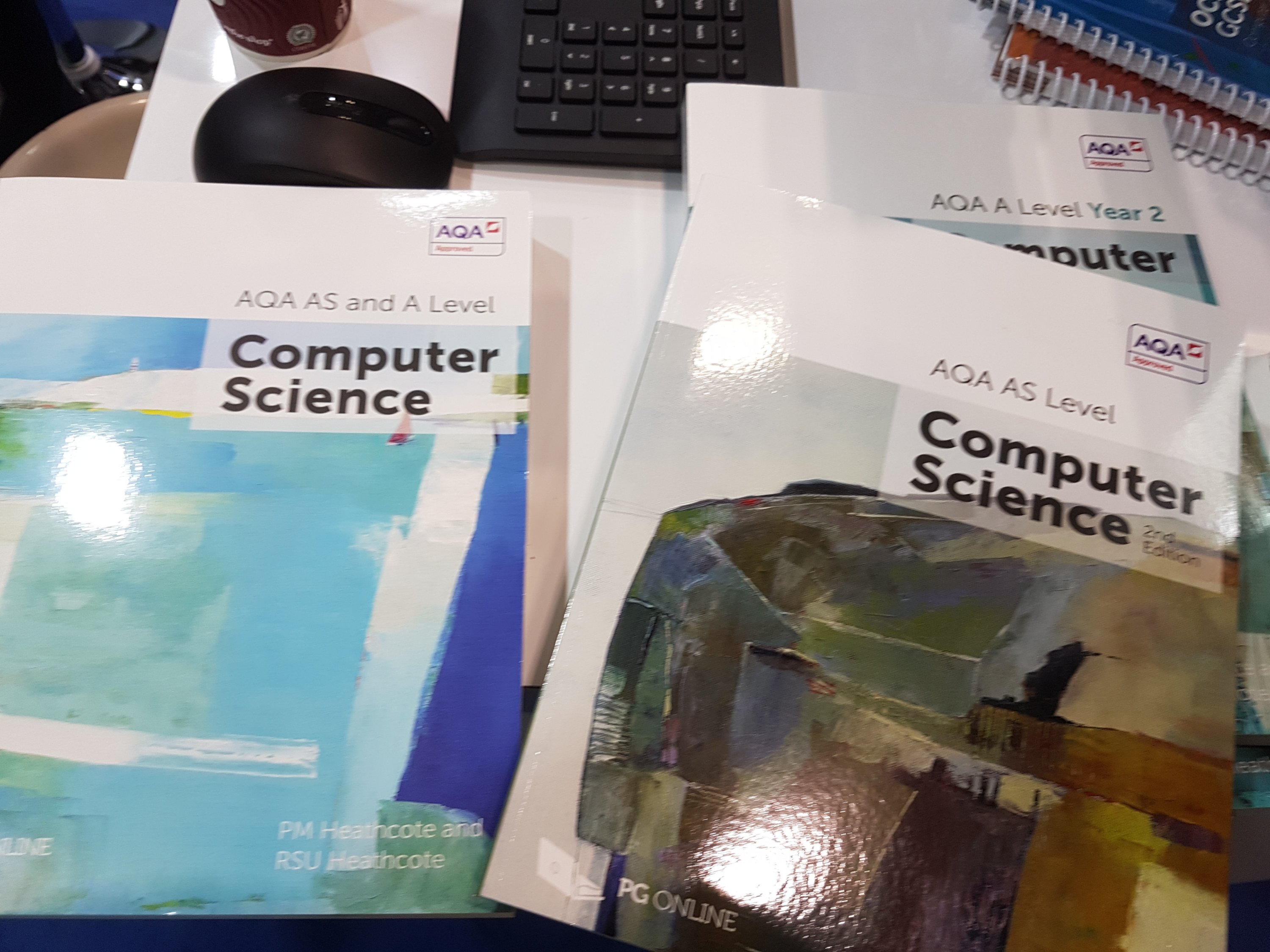