Non-computer room.
Students will experiment with some simple transistor based kits:
– AND Gates
– OR Gates
– NOT Gates
– Half Adders
– 4 bit adders (can be daisy-chained together)

A set of tablets computers will be provided by Computerteacher to consolidate the theory.

Students investigate a selection of transistor based circuits which include AND, OR & NOT gates. They discover the theory behind using logic gates to achieve simple computation such as binary arithmetic. 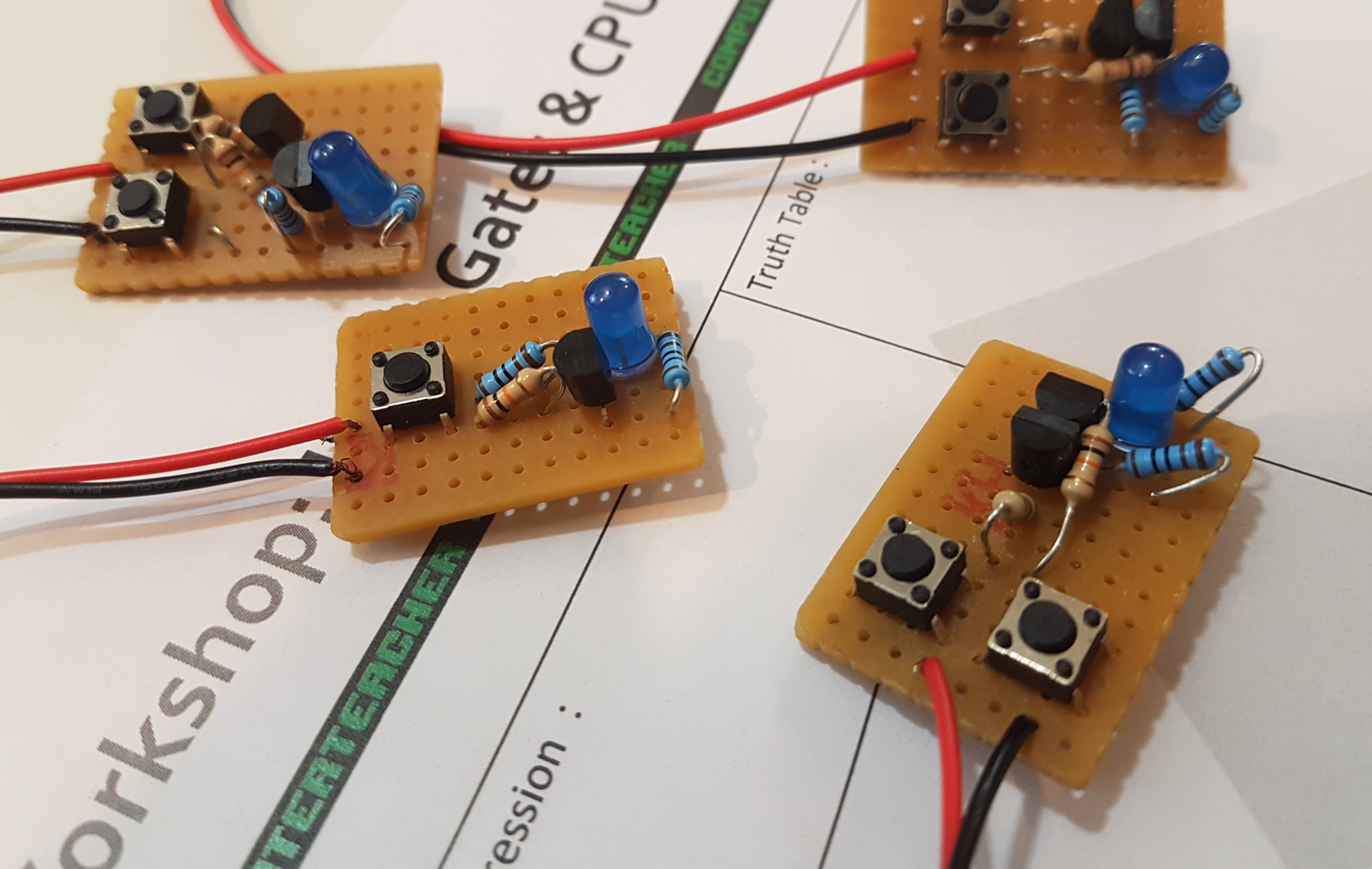 The workshop features the use of logic gates used to add two binary numbers together. 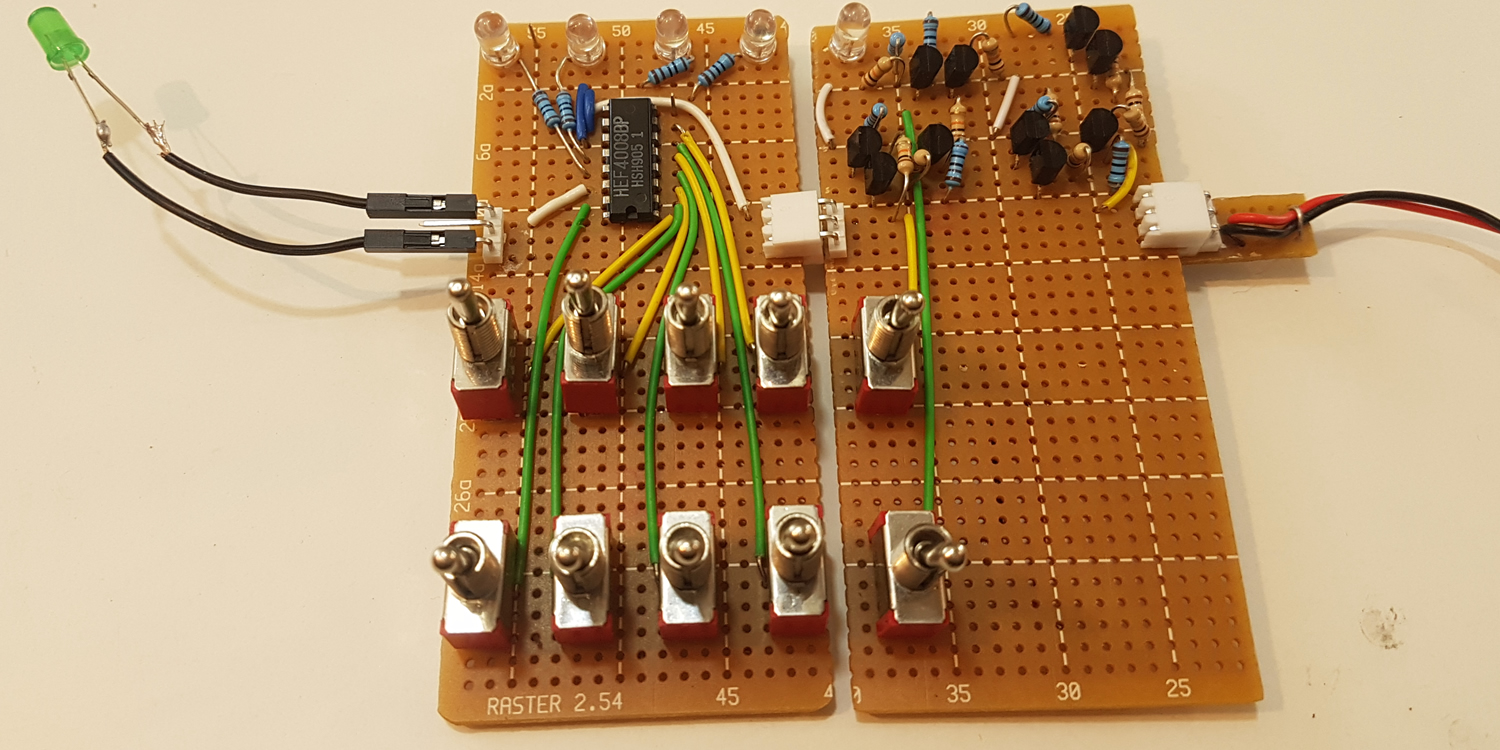 Logic simulator apps are then used to consolidate the theory. 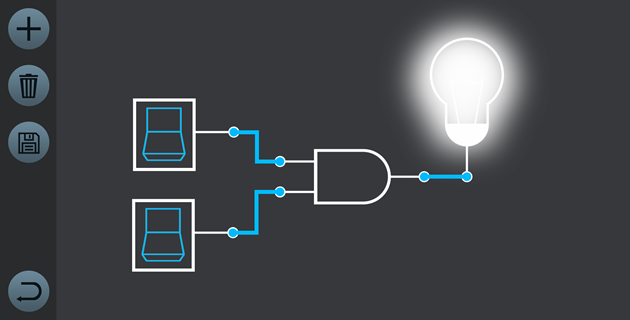 Why data is represented in computer systems in binary form
simple logic diagrams using the operations AND, OR and NOT
truth tables
combining Boolean operators using AND, OR and NOT to two levels
applying logical operators in appropriate truth tables to solve problems